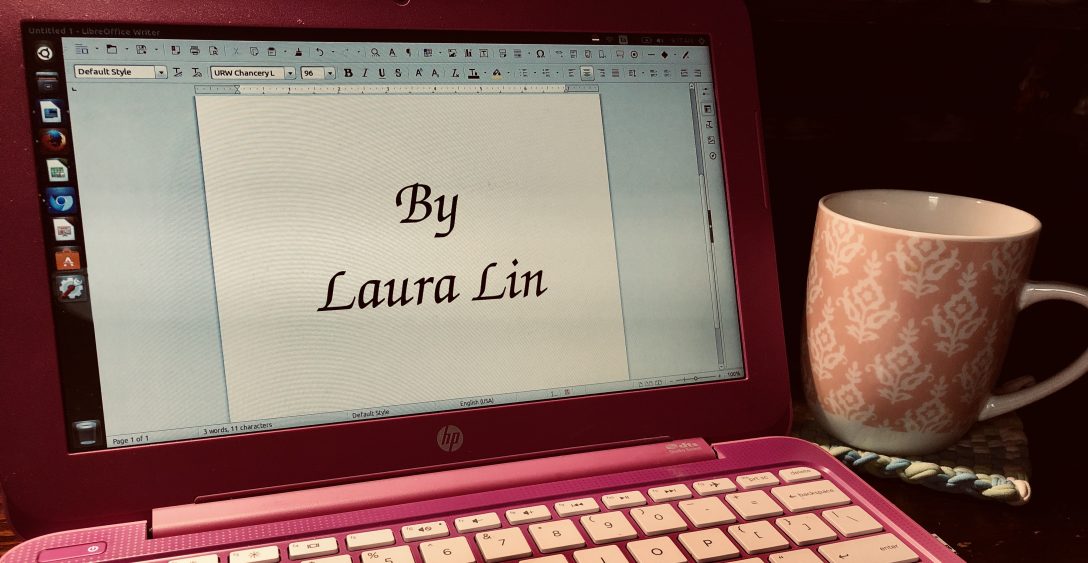 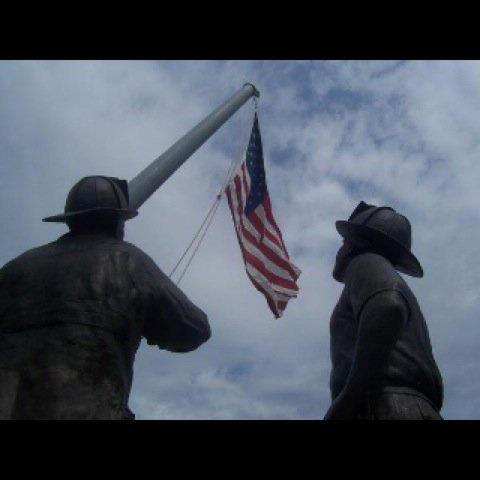 It was an ordinary morning. People got their coffee and commuted to work, talked on their phones, and made jokes. Nobody knew this day would be a day of historical magnitude, a day that over 3,000 people would die.

I woke, fed my oldest child, and left her sitting in front of the television to watch Teletubbies while I tended to her baby sister. My mind was filled with the to-do list of chores for the day.

I was just finishing changing the baby’s diaper when my phone rang. Answering, I heard my mother’s audibly shaken voice on the other end. “Are you watching the news? A plane just crashed into a building in New York!” I passed this information on to my sleeping husband and we hurried into the living room, changing the channel from a light hearted children’s show to the tragic scene that would change our lives forever.

Kneeling on the floor, eyes captivated by the smoke that spiraled up from the crash site in the side of one of the World Trade Center buildings, I joined countless others in observing this strange event. Katie Couric and Matt Lauer of NBC were in the process of talking to a reporter who had just came up out of the subway in Battery Park. The woman on the line was trying to relay the events as it was unfolding, her voice shaking with emotion. At this point it was thought that the plane crash was an accident, but the gravity of the situation was still felt.

As live footage focused on the burning tower, another plane came into the shot, just a small speck on the screen, barely noticeable but later that shot would be enlarged and played again and again as it changed the way the United States functioned. This commercial jet flew directly into the second World Trace Center tower before thousands of witnesses. The reporter on the phone was shaking with emotion, barely able to speak. Nobody could believe what they had just witnessed.

Another news reporter called in from his phone and asked the question that was on everyone’s mind “What is going on?”

Little did we know at that time that it was going to get so much worse.

My two girls seemed to sense the gravity of the situation, entertaining themselves while their parents monopolized the TV, unable to take our eyes off of the horror that was being displayed. My husband, a volunteer firefighter at the time, was intensely interested in the logistics of the the emergency crews’ actions, for me I cried for the mothers and fathers who had simply gone to work that day and now were dead. There was nothing to say as my mind grappled to comprehend what I was seeing.

The news station kept replaying the images of the planes crashing, the reporters doing their best to relay what was happening and the chaotic scene that was rapidly unfolding. The familiar wail of the sirens echoed through the city while those on the street looked at the burning buildings in shock. That was the word everyone kept using “shock.” The reasonable explanation was air traffic control issues.

Almost 20 minutes later the Pentagon released word that they believed this to be a “terrorist attack,” a phrase that would later become a part of the American vernacular.

Time seemed to stand still. My morning routine, like so many others, had come to a halt as I found myself unable to move away from the television. Later I would hear from friends and family that they too were rendered immobile. Those that were at work caught snippets through radio. This was a time when instant news did not exist. There wasn’t a 24/7 endless barrage of media platforms. Breaking News really was breaking news. Mass shootings and bombings hadn’t yet become the norm. This was unusual. It got our attention. It shut the country down.

Sadly, those weren’t the only planes to crash that day. Within the hour one would strike the Pentagon and another would crash in a field in Pennsylvania. For the first time in history a no fly rule is passed and all flights in the United States are grounded. President Bush is finally brought in to talk to the shocked and confused nation and his words give us hope as he promises to “hunt down” those responsible.

The news casters simply stopped talking, looking for words to describe what the camera was showing but there were no words.

The first tower crumpled to the ground sending up a tidal wave cloud of debris that enshrouded the city. I pressed a hand to my mouth as tears instantly sprang to my eyes. I felt as though somebody had reached into my chest and squeezed my heart. All I could think about were the emergency crews, the innocent people that were at that building, in that building. We had just witnessed their death. This wasn’t an old news real or some reenactment, this was real, this was happening. The safety and security that we had always known was shaken to the core, just as the foundation of those towers were.

18 years later the apocalyptic images of dust covered men and women emerging from the decimated streets stands as the visual reminder of the tragedy of that day, but there was something else that still haunts my memory from that moment, something that can only be heard in videos – beeping. In the stillness of the gray city came the sound of PASS alarms. Each of those beeps represented a firefighter who was not moving, whether buried in rubble or taking cover from the choking cloud of dust, but they were not moving. It was an audible alert of the fact that people were dead.

You see, PASS stands for Personal Alert Safety System and it is a high pitched alarm that sounds when it detects lack of movement from a firefighter for a certain span of time. Those beeps in the video, heard as cameras scan the surreal setting of downtown New York covered in gray dust and debris, represents a firefighter that is not moving. I knew that those men were simply doing their job. They didn’t think about their life and the danger they faced, they simply went in and did what they were trained to do – fight fire and rescue people, and now they were dead. Though I did not know those men, I felt a connection to each and everyone as if they were an extended family member of our local fire department.

The days that followed were a blur. My husband spent many hours at the fire department where he volunteered. The men there banded together in order to devise ways to help their “brothers” up in New York. They did boot drives, literally standing out on the road with a firefighter boot to be filled with donations that would be sent to the Widows and Children’s Fund that had been established. They even put together a team that would be ready to go should there be need of extra hands for search and rescue efforts.

The community also stepped into action, for days and weeks to come the community, wanting to do something, would bring food by the local fire stations, not knowing how else to say thank you or offer support. Restaurants would offer free drinks and food or offer discounts, passerbys would wave and beep horns  by recognizing their local firefighters and EMS crews they could pay tribute to those who served and died.

Story after story would come forward about the firefighters that went into the buildings when everyone went out, but my husband saw it as doing the job “All we were doing is what we always have done.” I knew he was right. Those men were simply doing their job, as they continued to do while digging through the rubble in the hours and days that followed in a search and rescue effort.

Amazingly some people survived, those were the stories that the country celebrated. People were fixed to the news, watching as bodies were brought out of the rubble. Pictures would emerge showing tired rescue workers taking a break, praying, and crying. The country rallied behind them in grief and hope.

Locally, I attended a candlelight vigil at the Municipal Building in my hometown. The lawn was covered with people of all ages, color, and walks of life. We stood in silence, candles flickering in the light breeze of the evening, heads bowed in silent contemplation. More than one person shed a tear but in the loss was the beauty of unity.

It was all overwhelming, trying to comprehend the lives lost much less the reason why. These weren’t soldiers in a war but men and women who were simply going about their day. The idea that civilians had been victimized was not only frightening but an eye opener for the United States which had grown comfortable in its status as a super power. A stubborn determination took hold and a wave of patriotism that I had never witnessed in the States filled the heart with pride. The American flag flew high and proud. There was no division of race or religion, we were simply Americans and we rallied behind President Bush as he took action to find those responsible.

Over the years the overpowering shock and horror has ebbed, replaced with bombardment of mass shootings, hatred, anger, and politics. The country that was once united feels sadly divided. A new generation of adults has stepped out into the world that has no memory of that day simply because they were either too young to recall or not yet born.

In my house, September 11 is talked about and honored simply because of the ties we had to the fire department. My children know and are taught that they have a duty to remember and to tell the story because if the country forgets then we are susceptible to it happening again.

We should not just pay lip service to the phrase “Never Forget” but should actually strive to NEVER FORGET.

Take some food to your local fire department or EMS station, wear something patriotic, tell the story. We can do at least that much for those who lost so much that day.

Where Were You When the World Stopped Turning

If you have memories to share of 9/11 please feel free to share them in the comments as there is strength in unity.